If a picture says a thousand words, how many does the video say? Humans are extremely visual beings, so we pay much more attention to elements with a certain level of movement (i.e. videos) and remember the content more easily and quickly. That is why videos are an extremely popular form of content that companies offer to users. Video in the concept of storytelling and advertising therefore not only represents a potential opportunity but is already a necessity for competitive advantage and maintaining the success of digital marketing.

Due to its growing popularity with audiences, video advertising is an extremely important marketing tactic.

The survey was taken by a sample of 656 unique respondents, consisting of professional marketers and consumers.

According to a Wave surveyWave survey on the topic of video ads on social media, companies use videos in advertising in order to increase traffic to their site, promote new content, and increase conversions. 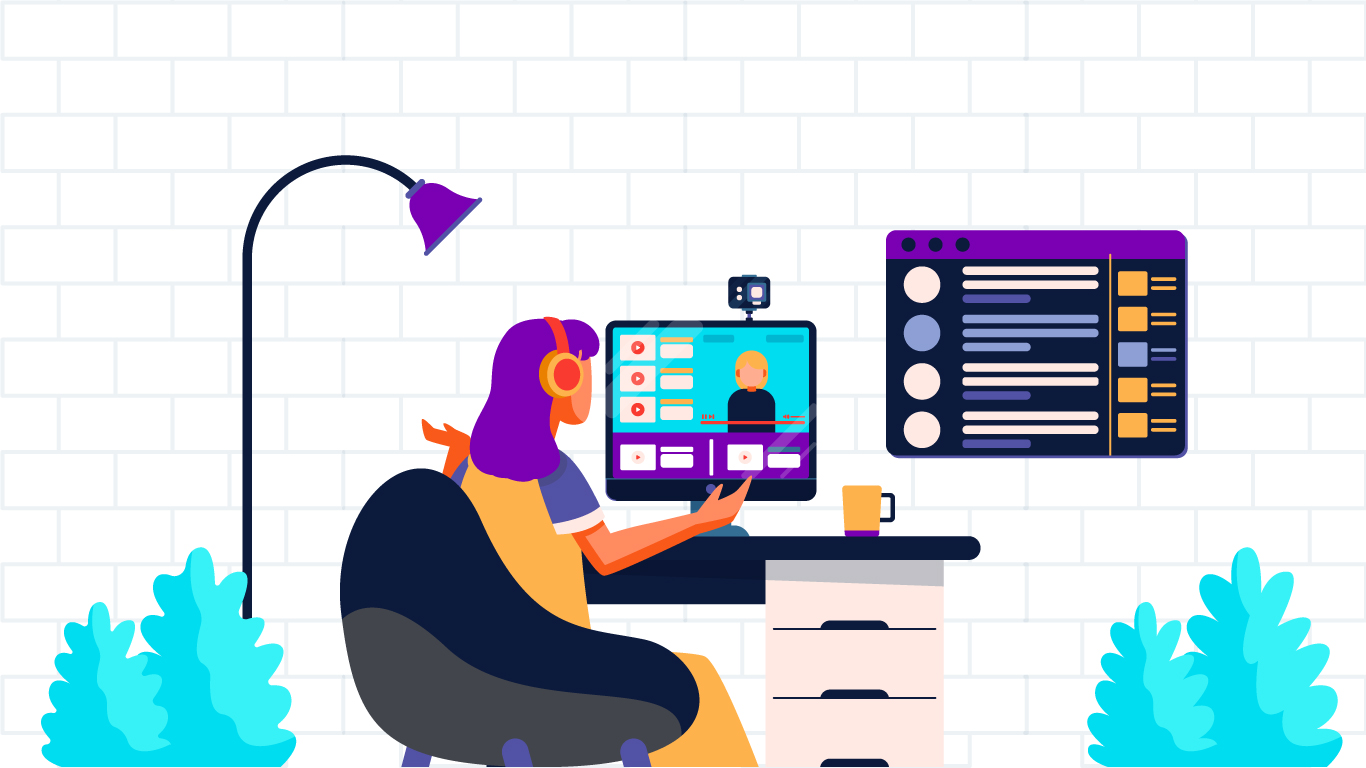 The popularity of videos among users is growing sharply

The popularity of the Youtube channel has been growing rapidly since its launch in 2004. It’s a platform for uploading and playing videos, which quickly became the second most popular website, right after Google. What’s more, more than 1 billion hours of Youtube videos are expected to be viewed daily, and as many as 68 % of online users68 % of online users turn to Youtube in search of a solution to their problems.

So we can thank YouTube for the tremendous increase in videos and their use.

Users have accepted videos as part of everyday life, while video posts on social networks receive 48 % more views than those that have only static photos. 62% of users are said to be more interested in a product if they have seen it on Facebook Stories, and as many as 75 million users watch Facebook videos daily.

According to the Biteable.comBiteable.com, the use of videos on the website should bring 300 % more traffic and lead to a significant increase in conversions. The conversion rate is expected to increase to a high 80 % if the landing page also contains a video. Videos can also be included in e-mail marketing, and an e-mail containing video is expected to generate up to 300 % more clicks than an email with static content.

Brand trust by the target audience is the foundation for all future conversions and sales in the company. Building customer relationships and creating a sense of mutual trust should be a necessary marketing goal that we achieve by integrating content marketing into a company’s strategy. Instead of direct and intrusive sales content, brands must offer their target audience useful information in the form of interesting content – and here come in hand a series of videos that can (with graphically attractive content full of interesting information) quickly convince users to make a purchase.

Moving figures attract the viewer, demanding his attention, and arouse certain emotions in him. Many web users are still skeptical about making online purchases, as they do not trust such sales yet.

However, they can be convinced by an effective video ad that shows brand’s products or services simply and practically – we have all watched at least one of the “Tutorials” video in our life, right? This creates a sense of individual approach in the user itself. Animoto.comAnimoto.com

also confirms this thesis in its research, whereas many as 57 % of respondents estimated that the video presentation of the product is what convinced them to make a purchase.

Let’s not forget that videos are extremely engaging and one of most often shared content on social media.

Imagine making an interesting, instructive and beautifully designed video for your products. This attracts a user on social network profile who shares the video with his followers and friends. More than 700 different videos are shared every minute on the Twitter alone, while just over 4 billion videos4 billion videos are viewed daily on Facebook. At the same time, BufferBuffer states that video generates 12 times more shares than posts with text and static photos.

Have you ever wished that your website would appear as a search result in the first places of search engines without in-depth SEO optimizations and high advertising investments? With the integration of videos on the website, this should be an easy-peasy job.

Let’s not forget that the web giant Google took over Youtube in 2006, while we consider YouTube the second largest “web browser”. That’s why it’s not surprising that even Google SpidersGoogle Spiders love videos so much. Another interesting statistic: the content displayed in the video is 50 times more likely to appear on the first page of Google’s browser.

More information in a more efficient way (in a shorter time)

Imagine sitting in the living room in the afternoon, browsing Facebook, and coming across a post with long text. You will most likely skip it. Now think about replacing long text with an interesting, graphically finished, and beautifully designed video. The chances of you taking the time to look at it are much higher.

That’s why videos are so effective – you can tell and present a lot more in less time than you could with a written word. Instead of a textual description, you can present the essence of your product or present your service with all of their advantages and disadvantages or you can use interesting visualizations with graphic elements and music.

And don’t forget about the subtitles! 99firms99firms stated that as many as 85 % of all Facebook users watch videos with the sound turned off, with subtitles being a necessity for good user experience.

Join us and be a part of our creative bubble, where our experts think out loud and spread their knowledge!
We strongly believe, that we learn all of our life!

This website uses cookies so that we can provide you with the best user experience possible. Cookie information is stored in your browser and performs functions such as recognising you when you return to our website and helping our team to understand which sections of the website you find most interesting and useful.

Strictly Necessary Cookie should be enabled at all times so that we can save your preferences for cookie settings.

If you disable this cookie, we will not be able to save your preferences. This means that every time you visit this website you will need to enable or disable cookies again.